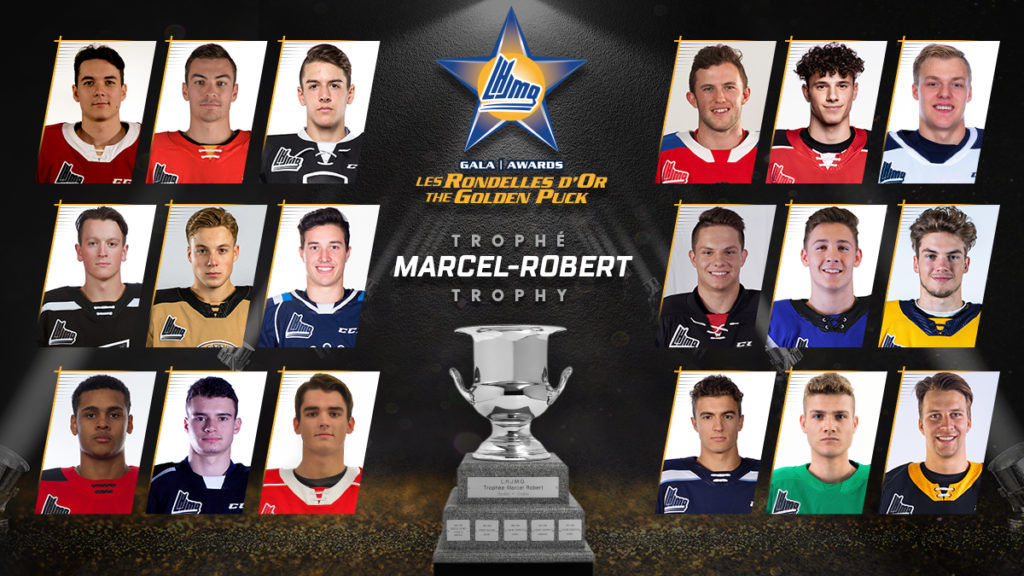 Boucherville, QC—The Quebec Major Junior Hockey League today announced the 18 candidates who will compete for the Marcel-Robert Trophy, an honour awarded annually to the QMJHL’s Scholastic Player of the Year. The winner is the player who best combines on-ice performance with academic success. The award will be presented at the Golden Puck Awards Gala on April 8th in Brossard, Quebec.

Each player selected by his team receives a $400 scholarship. Thereafter, the three finalists will receive an additional $600 bursary and the winner will be awarded a $1,500 scholarship in addition to the Marcel-Robert Trophy. Finally, the winner will automatically receive the Guy Lafleur Award of Excellence from the Montreal Canadiens.

“Once again this year, the teams put a lot of effort into submitting excellent briefs of their candidate and choosing the three finalists will be a difficult task for the selection committee,” said Natacha Llorens, Director of Player Services. “In this year dedicated to education, the league has made considerable efforts to promote and improve both its scholastic program and the support offered by our organizations and partners. Our main objective is to ensure the academic success of our student-athletes. This year’s candidates have clearly shown that it is possible to perform well academically while going through a demanding hockey schedule. I take this opportunity to congratulate all of them.”

The three finalists will be interviewed by an independent selection committee in order to evaluate their academic and athletic accomplishments. In addition, critical thinking skills and knowledge of current events will be tested. The committee will determine the award winner.

The selection committee is composed of: 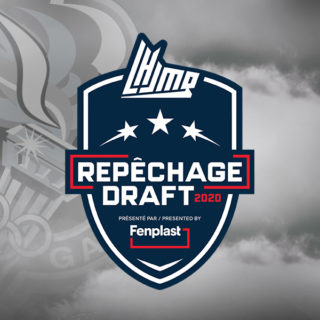 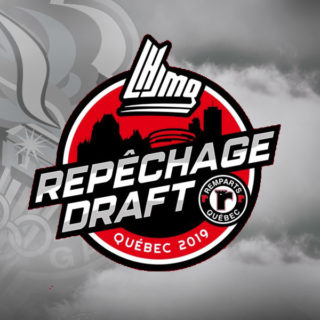 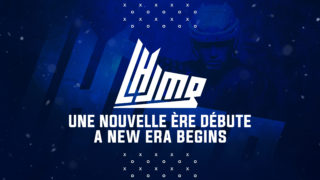 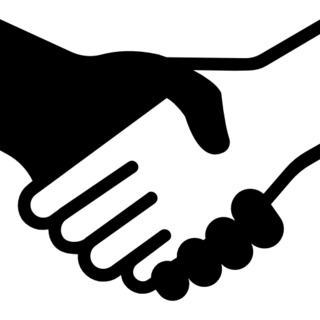