This was the Olympiques last game in Quebec before heading back to Gatineau and playing in the protected environment of the Branchaud-Brière Complex from February 27 to March 7.

The Drummondville Voltigeurs were the visitors for the occasion and, early in the game, both teams studied each other without really generating any scoring chances. Much like the day before against the Drakkar, the Olympiques sent several pucks to the net for Francesco Lapenna but the goaltender remained strong.

On the other side of the ice Rémi Poirier faced six shots, one of which gave him a much  harder time, but kept the game at zero.

There was a little more action in this period as the Olympiques continued their momentum and it paid off. After a good shot from Isaac Belliveau, Andrew Coxhead jumped on the return and scored.

Moments later, on the power play, William Dufour took advantage of a nice pass from Xavier Simoneau to beat Rémi Poirier with a shot on reception. The goal came less than three minutes after Coxhead’s.

After the mid-period, the game turned for the Voltigeurs and they brought a lot of pucks to the net. It was Édouard Charron who capitalized by pushing a puck, that had wandered very close to Rémi Poirier, into the back of the net.

Just over two minutes later, with a turnaround in the Olympiques defensive zone, Xavier Simoneau passed the puck to his defenseman Jacob Dion who scored with a point shot into the top of the net.

The Gatineau residents benefited from two power-play advantages in the first half of the period without however being able to score. Although they had good chances, the Volitgeurs goaltender remained strong.

With a late-game penalty to Pier-Olivier Roy for an accidental high stick, the Olympiques were unable to settle down and that’s how the game ended. 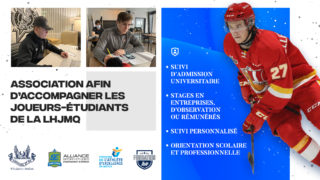 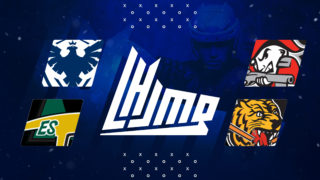