Last night’s game was the fourth of the first round series between the Olympiques and the Armada. Having seen the Armada take a 2-1 lead in the series in the last game, Louis Robitaille’s men definitely wanted to come back and force a final game game 5.

The veteran Kieran Craig was making a comeback and Rémi Poirier kept the fort for the Olympiques defensive squad.

This was a very special start for the Olympiques who dominated in terms of possession time but were unable to get any shots on net. After a short while, it was 6-0 shots for the Armada even if Louis Robitaille’s men played with lots of energy.

Rémi Poirier stood out with 2-3 excellent saves with shots coming straight from the enclave.

In the offensive zone, the Olympiques received a 4-minute penalty for a high stick. Despite Gatineau playing a tight defensive game, the Armada managed to beat Poirier on the 15th shot in the first period. The score was 1-0 for Blainville-Boisbriand.

With less than 10 seconds to go in the first period, the Armada managed to outsmart the Olympiques goalkeeper a second time. Rémi Poirier was completely overwhelmed after receiving 19 shots and certainly there was no shame for him and his goaltending.

The Olympiques wanted it real bad at the start of the second period. After only 5 minutes, their shots on net had already quadrupled. The second period was totally dominated by the Olympiques and several players had excellent scoring chances but the Armada goalkeeper resisted.

The Armada are an experienced team and they took advantage of their chances on a power play to make it 3-0. Seconds later, the Armada increased their lead to make it 4-0.

When the puck doesn’t work for you … While the Olympiques thought they had scored, it was again the Armada who tried to take advantage on a power play but the Olympiques defensive unit did their job. The period ended with both teams trading a few scoring chances. It was a much better period for the Olympiques who shot 16 times on net, 14 times more than in the first period.

With the Armada ahead, their game plan was simple, play defensively. With a last-ditch energy, the Olympiques applied lots of pressure into enemy territory. Taking advantage of a power play early in the period, the Olympiques narrowed the gap by 3 goals. The players gave hope to their fans and it was now 4-1 Armada. Just 10 seconds later, Savoie took advantage of a skillful pass from Martel to reduce the Armada’s lead to 2 goals.

It was a one-way third period where the Olympiques almost played alone. The second power play for the Olympiques had no impact on the score. Rémi Poirier followed with a big save to keep the Armada’s lead by 2 goals. Settled in the offensive zone, the Olympiques failed to shoot on net and it was still 4-2 for the Armada.

With less than 3 minutes to go and with their goalkeeper out of his net, the Olympiques attacked with 6 players. Veteran maverick Kieran Craig took advantage of a puck in the box and delivered a perfect shot but the Armada were still leading by one goal.

It was a little too late for the Olympiques who were defeated.

A huge thank you to all the fans and partners who followed the team despite their more than special year. See you next year! 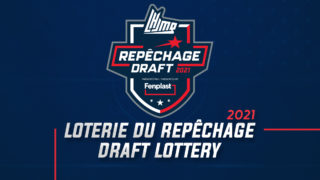 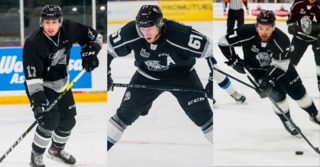 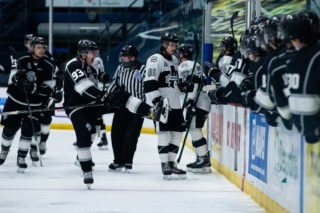 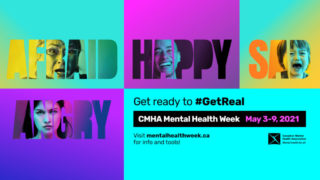 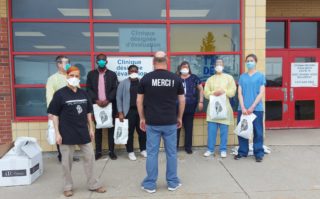 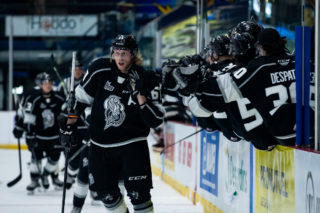